Before I went to GDC, I had the 10th anniversary of my exams from college on February 16th and it is a tradition from my school to invite all the schoolgirl and -boy to check their exams again. It is always to see all those faces back, the good friends, the old crushes. But that was not the final destination of the day. After a nice pizza at the restaurant, I run to get a train to Fribourg for the Level Up Game Jam to join Alexis Simonetta. The brainstorming process in the train while Alexis was in Fribourg was painful, we could not agree on a specific idea, while we were both going in the same way. Finally arrived, we settled on a definitive game idea. And I went to sleep.

The day after was hard work, play-testing and a lot of laugh. I went back home to record some voices using the famous technique of borborygmus like in the Sims. Finally on Saturday, we released the game and left it for the jury. I had to leave early, so I could not get the result directly after. But one of the jury wrote me that his wife played 3 HOURS STRAIGHT. How? Why? Really?

The game we made is called “Welcome at Houdini’s”. You play as a merchant mage who can mix elements to create objets. You can play the jam prototype here: https://teamkwakwa.itch.io/welcome-to-houdinis 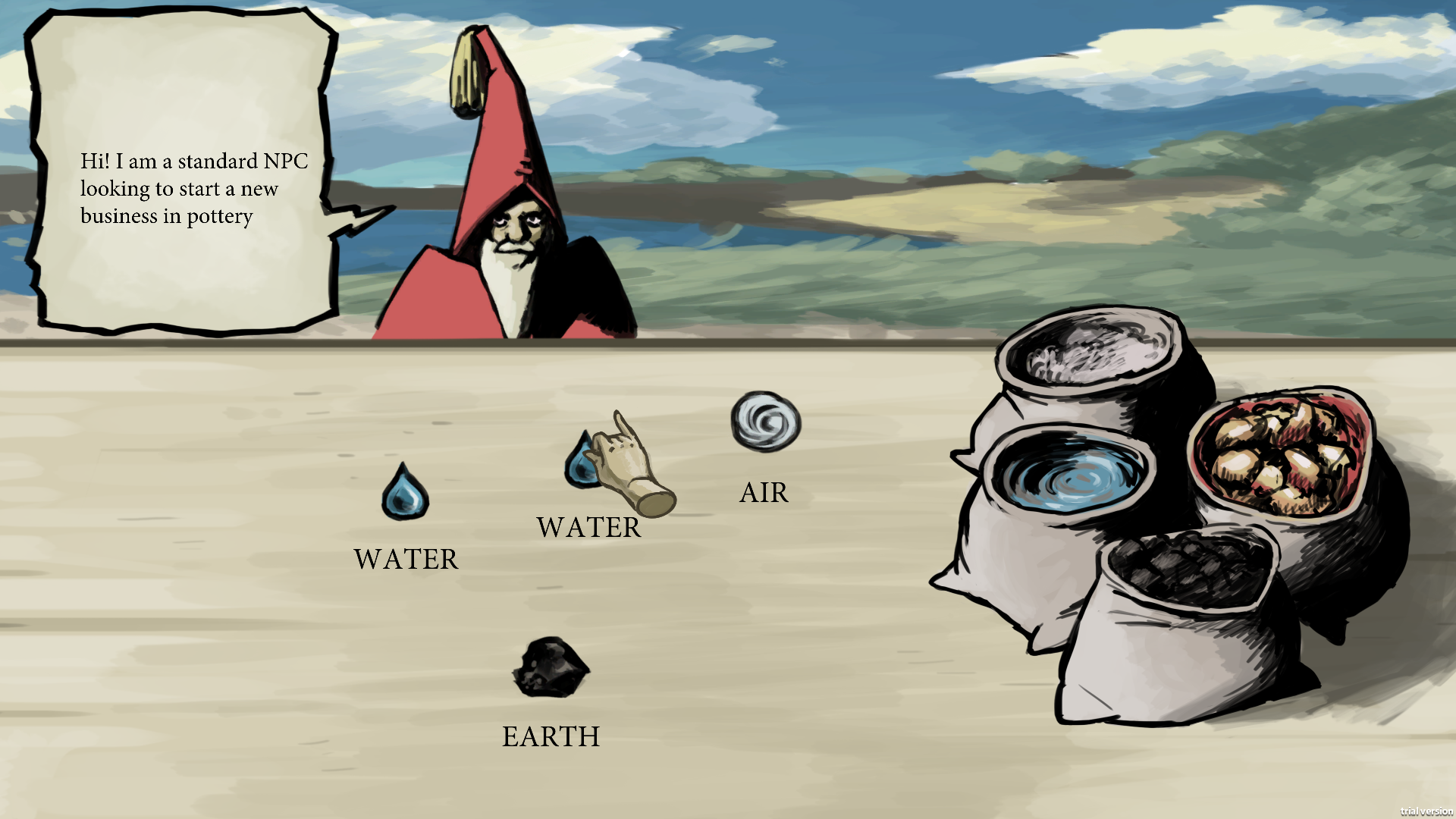 Alexis and I are really proud of the prototype and we will maybe continue to work on it to make a MORE-THAN-THREE-HOURS experience. We won the Sound Design prize of the Level Up Game Jam, which is actually a surprise as we are not professional Sound Designer nor Composer. To conclude, with an unusual gameplay, we manage to create a very solid entry and we left a grumpy team photo:

From November 7th to November 16th 2015, I participate with Ivan Guliza to the PROCJAM. The goal was to have fun creating a game with procedural generation. Of course, I wanted to have cats so we set up for a genetic game with cat where you mix them to express alleles.

If you don’t know much about genetics, the game is about to be very hard to understand. The game adapts the difficulty by calculating the allele expression difficulty and see if it under the difficulty max cap. Then you have typical Mendel genetics with some crossing-over, but nothing completely fancy in term of genetics.

PROCJAM has this typical British notion of relaxed entertainment so the week was not too stressful, except on Sunday where I crunched to finish the game. So now on to my post-mortem.

That’s it for me, you can play the game here. Next game jam is Level Design Game Jam in Lausanne the 6th of December.

I was in Geneva the 26th and 27th of September to present Splash at Gaming Federation booth at Plaine des Jeunes, an associative event for young people. The thing is, I expected young people like 15-25 years old. In the end, we mostly had kids screaming and all.

Splash is a fun multi-player game, after you learn the basic mechanics and its “target audience” are mostly young people, used to Smash or typical party games demeanding some skills. Some kids had some difficulties, because of the inertia of the character, making hard to move it without the recoil of water. It was our first feed-back and I’m changing it for SuisseToy in three days.

From last version, we added a new item (the Water-Bomb Thrower) and a new stage (Duel of Scales). We made the dash effect looks awesome. So we wanted to test the basic gameplay to be ready for SuisseToy and Ludicious deadline.

I’m not saying that it was a bad week-end. Kids liked the game, but it was not what I was expecting. I was still overjoyed when kids said that the game was “Trop bien” (translation: “Too good”). Sometimes, when you’re working on your game, you’re forgetting why you are creating it. Today, I remembered why. For people to have fun.