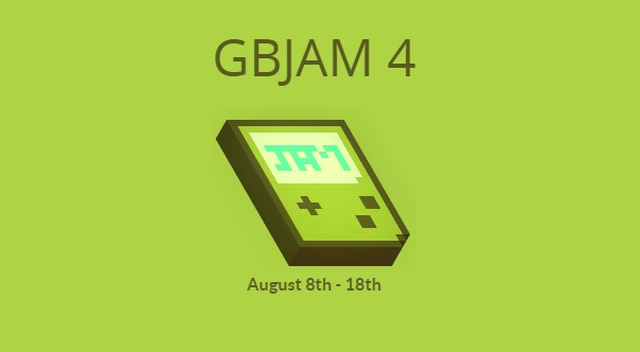 It was a long boring, hot month of July. It started right with some holidays in the north of Italy and in Austria, it was epic with the Epic Game Jam, then the Meetup BBQ was awesome to set up new projects and finally the Project Annoucement meeting with Kevin for the Project Splash. And then, civil service… I am still working until the 23th of August in the CRYOS lab to help on the front-end of swissex, a scientific data website. So most of my time is spent writing html and css, the dream of all computer scientists (says none of them). But then, came August and the deadline for SwitzerLAN “Swiss” Game Designer contest (you can find more on this blog post about something that I consider a minority discrimination: http://eliasfarhan.ch/?p=252), where I proposed “Project Splash”.

So now, I gather a little team for GBJam from 8th to 18th August to make a boss-rush hack’n’slash with cat pirates (Temporary Title: Catptain Hook: Revengence).

Let’s first look at their contest webpage: http://switzerlan.ch/gamedesign/ . Don’t you see anything particular for a “Swiss” website? You know the country with 4 official languages.  Well, the page is only in German. The same thing happened earlier this year with the Epic Game Jam @ NIFF page being in French: http://epicgamejam.com/nifff-live-event-neuchatel-ch . You see the difference? They changed it to English the day after I made the remark. In the case of SwitzerLAN, I made the remark as soon that they publish their contest, they said that they will implement it and that they did it this way to push it the earlier possible for the Game Designer to begin to work on their project. Now, you see the twisted logic, if you are a talented Swiss-French developer, well you can’t read their page earlier (except google translate, but like seriously), so they facilitate the work only for “Swiss-German” Game Designers. But it is not the end of the story. Yesterday, I made the same remark on twitter:

As a “Swiss” Game Design Contest, @switzerlanCH should have at least put a English version of: http://t.co/AXSMzQ6wLy #swissgames

You can follow the rest of the discussion on twitter. I am not personnally affected by the fact that the page is entirely in German. I’m studying in Zürich in German. I sort of understand German and Swiss-German. But saying that a contest is Swiss, you have to consider the minorities living in the country. When you go buy a product in Migros or Coop, you always (not entirely true) have the four languages written on the product. I didn’t ask for the four languages on the SwitzerLAN page. I asked for English! The common game design language. Imagine a game with the only language available being German. If you are a Swiss-French, not speaking German, you will not buy it. The same goes for this contest. If you can’t understand or you misunderstand the rules, because you can’t speak the language, well it’s not fair. So, I finally learned why they didn’t really put a lot of mind to it:

@kraklegrand Yes, we have to reconsider the project. The problem is, that the Suisse Toy is a Family-Event and we can’t expect kids to 1/2

@kraklegrand … understand a presentation in English. 2/2

Ok, I understand the point of view. The problem is, if you go on the Suisse Toy (Suisse, like written the French way), you have a webpage (http://www.suissetoy.ch) in French and German. Oh! The irony! So, finally, I understand the argument, but I won’t defend them on this point, when the main event around SwitzerLAN can have a webpage in French and German without any problem. Please understand me! I’m not just a Swiss-French developer shouting out. I’m a Swiss developer who wants that Swiss-French events can be accessible to Swiss-German as well as Swiss-German events can be for Swiss-French. It goes the same for Swiss-Italian and Swiss-Rheto-Romanche. To quote Charlie Chaplin in the end of the Dictator (I changed a bit the word):

“Game developers of Switzerland, in the name of games, let us all unite!”