I took one week and half for the Nordic Game Jam and the Reboot: Develop conference. Switching from 10°C-15°C to 25°C-30°C was pretty brutal, but immensely needed. I was pretty down after the disease of the year after Polymanga and those trips were a nice opportunity to recover.

First stop, Copenhagen. We went there with Alexis and Anirul. The theme of the jam was Breaking Point. I wanted to try to do a city management game, but with the constraint of the 48 hours, it would been to create a really compelling game experience. Then Alexis had the brilliant idea to add Arcade mechanics, where you click on building to repair them or get taxes and then the setting unfolded. It would be an industrial siberian city. And then we had Novyzavod:

You have workers pouring into the city. They come at the city center and starts to complain. If you do nothing, they die, because they are political opponents. You realise you have to build them housing and then they go to sleep. After a while they come back from the building and starts to complain again. You have to build factories for them to work somewhere. Then everything is okay…

Except that buildings a fragile, meaning you have to repair them. And it costs you money. And your budget is tight. If you don’t repair the building, they fall apart and when they destroy, everybody inside of it die. But you can always fill it by taking taxes in a building, but… Workers that just arrived have no money, so they instantly die and you never know how many workers have money in their buildings.

The last twist is that political opponents cost you money when they die. Each person in a destroying building cost you money. But first-time worker that dies because of taxes does not. So the twist of the game is in the meta game, where you realise that you optimising actions (that are good actions) are morally wrong, because you contribute to a system that is killing people to optimise its production. It is a example of commodification of bodies in an industrial setting.

We went to the final presentation on stage and it was pretty funny. On Friday and Monday, there were really good presentation about game design and business. And then I had 12 hours back to Switzerland before going to Reboot Develop.

The Easter week-end was a long one. It started on Friday morning at 8:00am at Montreux to get our entrance and setup the booth at Polymanga. For a second time after Japan Impact, we had the chance to exhibit our game on the Nintendo of Switzerland booth. And it was PACKED pretty quickly after the opening, to the point we, the developers, had to stand at about 5 meters from our stand to check it. There were just too much noise and people. But from kids to parents, everybody was enjoying the game.

On Saturday, I took the day to make a tournament at PolyLAN where 19 players competed with outsiders and veterans of the game alike. The level was higher than last year, with some known players getting eliminated during the Quarter Finals. You can check all the matchs in the link below:

On Sunday and Monday, we finished Polymanga. We had the chance to have the developers from Retimed next to our booth and we could discuss and eat together. We meet some players at the booth and overall, the experience was positive. Unfortunately, I got the disease of the year the week after Polymanga. 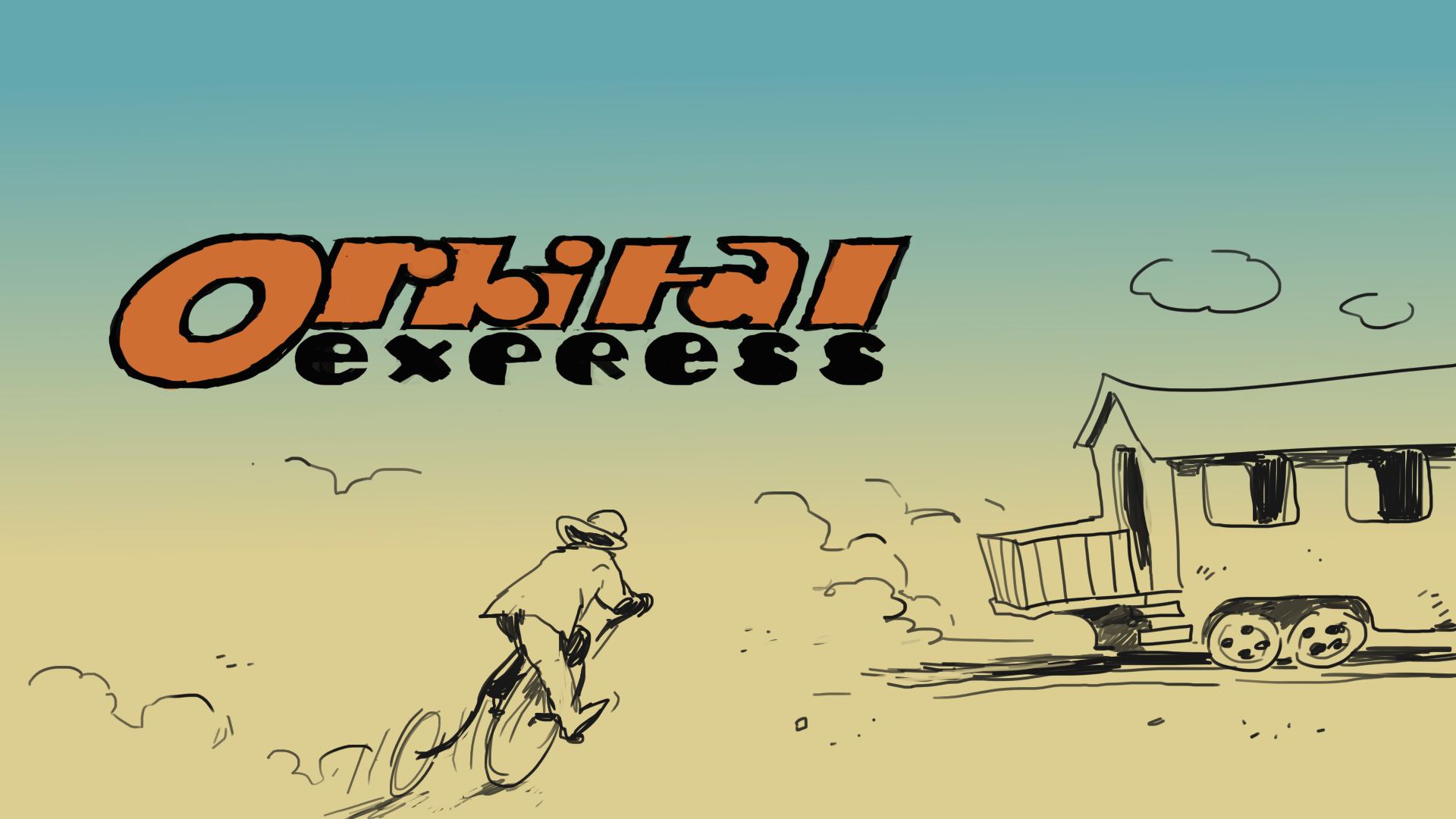 Between Sat. March 17th to Sun. March 18th, Alexis and I went to the Orbital Game Jam, a small student game jam at the EPFL. Unlike most game jams, it only lasted 24 hours, so we needed to be quick and simple with our game. The themes were:

We took the second one and turned it as travelling and finally train. We went for a second German empire setting with those lovely German soliders with spikes on top of them. We decide for a twist in term of mechanic by not having the player shoot but bounce.

So we did Orbital Express where you play as  Agent Herrington and you have to stop Docteur Heinrich Grüter’s train to save London. You have dog steam machinery trying to kill you. Your only weapon is your typical English gentleman stick that you use to bounce the projectile back. You can play it here: https://teamkwakwa.itch.io/orbital-express